Basil Rathbone, Benedict Cumberbatch, Jeremy Brett, Jonny Lee Miller, Matt Frewer and Robert Downey Jr have all brought something different to the on-screen portrayals of Sherlock Holmes, but even amongst those, my favourite is someone far different – Michael Caine in “Without a Clue”, a low budget British comedy take on the Holmes and Watson story which has, in my humble opinion, a very definite charm. Now, with this review of the 3DO port of the PC game, The Lost Files of Sherlock Holmes, you can add one more to the list of actors who have tackled the role: David Ian Davies.

Yeah, I had no idea who he is either, and his IMDB page is suitably sparse – it doesn’t even mention his role in this game! Still, let’s not judge the title on this snippet alone.

The Lost Files of Sherlock Holmes made its debut on the PC in 1992 and, for the time, was a decent, if short-ish, point and click adventure game. Using the familiar command word format, you investigated the death of an actress, a suspected victim of Jack the Ripper. The graphics were of the usual 256 colour VGA standard and whilst there was a smattering of digitised speech, it wasn’t until the 3DO port, released in 1994, that the game received full voice acting and more. Of the gameplay, the puzzles are suitably puzzling – at least most of them are anyway, and you never really feel like the game is difficult just for the sake of slowing down your progress. The story isn’t classic Holmes but it keeps you entertained and provides a modicum of mystery.

The port is essentially a simple straight forward conversion. The graphics retain their early-90’s PC look and feel, and the music is pretty basic, if intensely annoying. They do the job but, to be honest, the effort that went into the port was directed to the secondary presentation of the game which, as this was the era of CD-ROM multimedia, means video clips! Huzzah! Said literally no-one after that fad had passed. And Sherlock Holmes is a perfect example of why that is.

Whereas the original PC title used artwork in the style of the game itself to portray the myriad characters, the 3DO version has small windows popping up to play clips of the cast acting out their roles. Which would be great if the script, acting or accents were any good. No, what you have here are un-skippable snippets that become very grating when you are searching for the right answer combination to progress through the story and you keep choosing the wrong answers. They take you so far out of the immersion of the game that they really do spoil the experience. Maybe I am being a little harsh on Davies, who at least lands what I suppose is every American’s stereotypical view of Sherlock, but some of the supporting cast look like they’ve been dragged out of the queue of the nearest Home Depot and forced to perform their lines (I mean, seriously, look at the state of Lestrade!). Hell, the actor playing a handyman early on in the title could be from Norfolk, Cornwall, Wales, Ireland or Pakistan because I have absolutely no idea what accent he is trying to do. I have not been this confused about an accent since watching a clip from the TV show “Castle” a couple of years back which had a “Geordie” hitman, and I’m from that neck of the woods! And as for Watson, well, he looks like he’s both constipated and hooked up to the mains where the switch is turned on every time he’s required to speak!

It’s a shame in many ways as the 3DO was capable of much better both graphically and audibly, and it would have been nice to have had some improvements in those areas. One thing that was done well was the adaptation of the control method to suit the standard gamepad. The A button toggles between the action and command areas of the screen, the C button activates the movement of your character and the shoulder buttons are used to select items in the inventory and the like. The cursor movement is a bit slow so there is the option of using the D-pad and the A button in combination to increase its speed. As far as control schemes pre-analogue stick wise go, this is pretty good.

Truly, this was a saddening review to write. I so enjoyed the original but the 3DO port is disappointing and frustrating, and that is purely down to the inclusion of the video clips. In that sense, this title does classify as a lazy port, as the original code has barely been touched. With no real improvements to the original title and the “enhancements” taking so much of the atmosphere away (although providing some unintentional hilarity), I can only recommend the PC version, as this one is one to avoid. But having said that, I mean the original PC version, not the CD-ROM edition that hit the market around the same time as the 3DO port.

However, you may be minded to take this review in a positive light and I feel more than a little guilty that I have been very harsh on what is, at heart, a good adventure game. So how about this: The Lost Case Files of Sherlock Holmes is a perfect example of a PC port done well to console as well as an excellent example of how not to “improve” a title just because you have access to video playback and a whopping great CD’s worth of storage to fill. There, that feels much better.

A decent story and a good conversion can’t hide the faults with the “enhanced” presentation. The basic game is a solid 7 but sadly, this port’s just too compromised by the video.

Quiet guy enjoying videogames (both retro and modern), military history, historical wargaming, sci-fi and fantasy. Run my own blog at tantobieinternettattler.blogspot.com which covers most of my hobbies and interests.

Quiet guy enjoying videogames (both retro and modern), military history, historical wargaming, sci-fi and fantasy. Run my own blog at tantobieinternettattler.blogspot.com which covers most of my hobbies and interests. 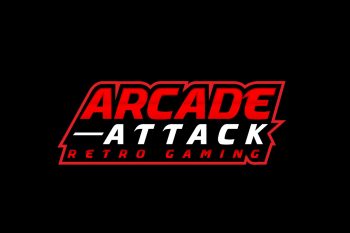